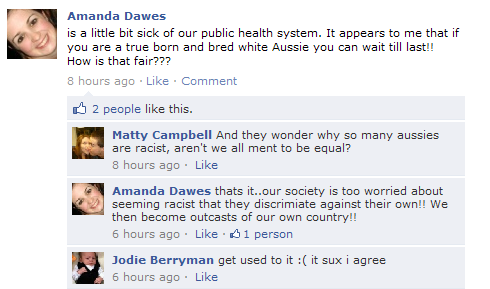 Searched around for a while. Couldn’t find any policy documents relating to giving priority treatment to non-whites.

Katie IS racist because she negatively generalises and stereotypes. It’s not hard to spot.

40 thoughts on “True Born and Bred White Aussies Speak Out”