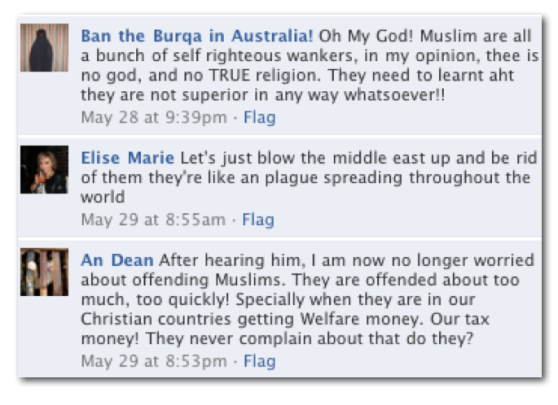 Even though thee (sic) is no god, and no TRUE religion, we still apparently live in a Christian country and non-Christians should therefore not be entitled to any Christian-only welfare money.

Firstly, Muslims apparently see themselves as superior; Secondly, Muslims only live in the Middle East;
And thirdly, only Muslims claim welfare money in Australia. 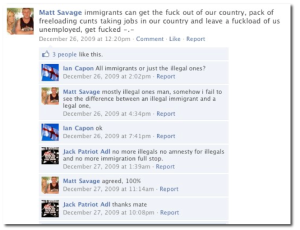 Matt is unemployed “…leav[ing] a fuckload of ‘us’ unemployed…”, yet willing to call all immigrants ‘freeloading cunts’. Hold on Matt, if you’re unemployed, aren’t you freeloading from somewhere? Family? Friends? Centrelink? Did immigrants really take your job? Really?

Enter Jack Patriot Adl for a quick circle-jerk about how immigration is illegal.