The quote in the title comes from an irate commenter and neatly summarises the depths to which the gutter press will go to when they are trying to get an outcome for its owner. Strictly speaking, Islam is a religion not an ethnicity but Islamophobia has the same roots as does anti-Semitism and the language and iconography are the same. So is the underlying racism which fuels the bigotry. 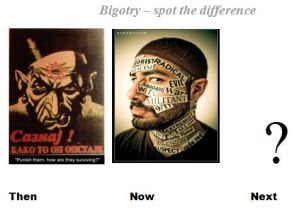 Why most people would normally be interested in a piece about an obscure Sydney suburb that states the bleeding obvious as in “Muslims live in this suburb” is hard to fathom until you factor in the following:

We look forward to the following headlines from Tim Blair

Jewish businesses set up in Bondi!

But it won’t happen will it…

Meanwhile here’s some sample tweets reacting to the bilge. 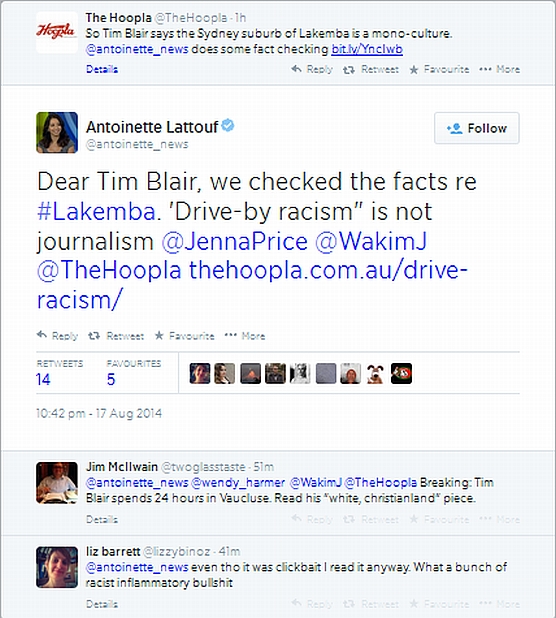 Read some more from Antoinette here if you can get past the paywall.

And some useful contacts for making a complaint