We get a lot of unwanted cyber-stalkers here, on the Facebook page and on Twitter. Some of their efforts are somewhat idiotically amusing. We agree with the PM that the education system needs fixing if it has produced mentalists like this one.

We’ve been collecting a few from the Support Tony Abbott page since we exposed them. Rather than being just amusing and serving to highlight the deep idiocy of bogots, some are quite disturbed and obsessive.

For instance after we were visited by Slim, a radio ham from West Chatswood in Sydney started annoying us on Twitter.

For any radio hams out there here’s Tolmie’s call sign so you can block him.

Tolmie  proceeded to spam our Facebook page with this:

Happy to have a  chat? Oh we just bet you are. 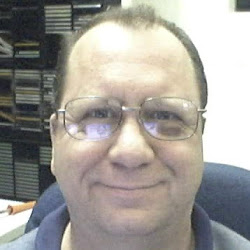 And a defamatory graphic straight from Peter’s profile.

Now it seems that TAB is not the only place to attract the unwanted ministrations of this bored little North Shore man.

Someone had the temerity to dare to take him to task for his posts.

No one told her that in Tolmie’s bizarre alternate universe no one is allowed to disagree with him. 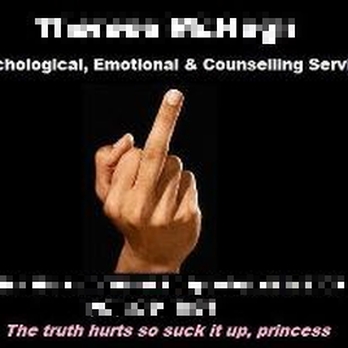 So he then proceeded to create some rather odd software implying that he knew where this person lived and where her business was.

We’ve all heard that sort of rubbish before.

We know where he lives but he is way too boring to visit.

Best thing to do is to alert your local police so they can respond if any weirdos decide to turn up at your place.

They will we assure you remove the offensive entity.

In fact our Twitter person mentioned this stalking and harassment after being assailed with rubbish from this creature and its pals.

And in a chat with one of his cronies, Radiohead revealed he was going to try and single-handedly bring down the PM, conveniently forgetting his defamatory profile pic.

We gather that the PM’s office has filed the stalker’s rant in the round filing cabinet or the icon marked Recycle. She must get a heap of rubbish mail from deluded stalkers like Peter Tolmie.

The “Ivan” mentioned here is elderly Queensland motorbike collector Ivan Tipp. Ivan has a couple of Facebook profiles and is well-known as a mouthy troll.

And we have been reliably informed that Peter and his pals were behind this disruptive demo in the Public Gallery in the House of Representatives during Question Time.

From ABC’s The World Today

ANNA BURKE, SPEAKER: The Prime Minister has the call.

(Member of the public yells indiscernible words from the public gallery)

GOVERNMENT MP: This is the culture you’ve created.

SAMANTHA HAWLEY: The first Question Time for the sitting fortnight was interrupted by a number of protesters in the public gallery.

“Juliar”, one yelled, before being led away.

ANNA BURKE: This is Question Time. It is not a football match! The Prime Minister has the call.

Dazza Stenborg: “Anti Bogan is full of geek’s that work at maccers”