A WOMAN has been filmed racially abusing an Asian passenger on the Gold Coast light rail and screaming at her to “speak (expletive) English”.

The disturbing vision was uploaded to YouTube on Tuesday and shows a blonde woman screaming at a nearby passenger. The Asian woman responded saying, “I do”. The woman who was the target of racial abuse from a caucasian woman on the Gold Coast Light Rail. SCREEN GRABS FROM YOUTUBE

While she was yelling, several passengers on the tram can be heard telling her to stop.

The video, which runs for a little more than a minute, was filmed at night while the tram was stopped at a station.

It appears to have been filmed by a group of students from Merrimac State High and has been watched more than 60 times.

The woman’s actions have been condemned by tram operator, GoldLinQ. 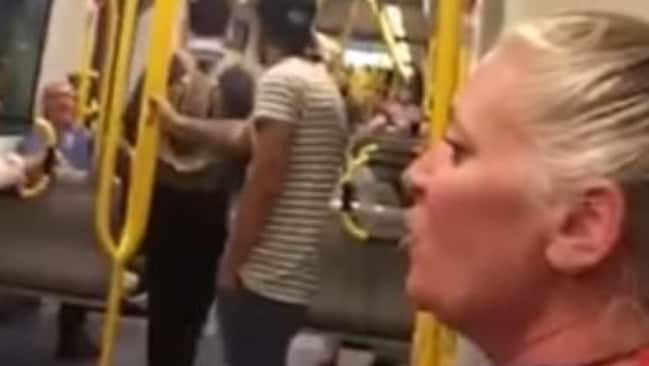 The woman was booed and shouted down by fellow tram passengers. SCREEN GRABS FROM YOUTUBE

A GoldLinQ spokesman urged passengers who were on the light rail at the time to come forward.

“It’s disappointing when we see this type of behaviour within the community and we encourage people to contact QPS or a member of our staff for assistance,” he said.

“Tram passengers can use the emergency help points located at each tram door and at stations when staff are not in the immediate area.”

It is unclear when the incident took place and it has not been reported to either GoldLinQ or the police.

GoldLinQ have since passed the video on to the Queensland Police Service for investigation.

Gold Coast district Superintendent Craig Hanlon condemned the attack and said it would “certainly” be investigated.

“We mostly definitely will be looking into this,” he said.

“I believe in an inclusive and holistic society in which people respect each other and this does not meet community standards so police will certainly be investigated. 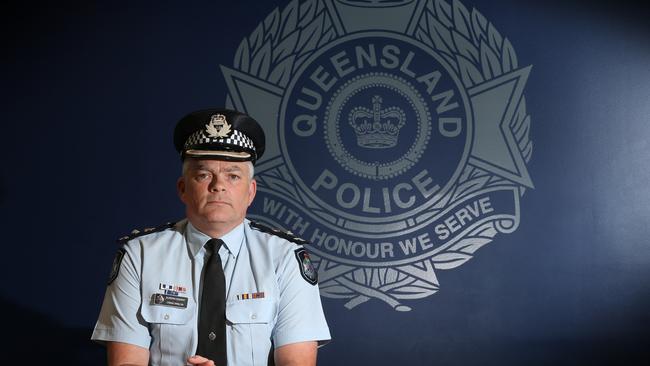 “People should be able to move safely through to their destination without having to be subject to this kind of behaviour.”

“I have reviewed the footage and it would appear on the information provided that this incident has not been reported to police,” he said. “Should any person wish to report the matter they can contact Policelink 131444 or contact their local police station.”

It is the latest incident of racial abuse on public transport in Australia in the past two years.

In April last year a Muslim woman was verbally attacked on a Sydney train while in December another Sydney woman was abused for speaking to her mother in Spanish.

In September last year NSW police arrested a Sydney woman for hurling racial abuse at an Asian woman on a bus.