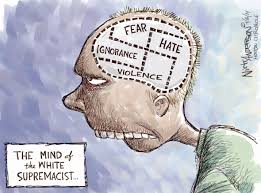 “What made me want to make this video was a facebook status that was posted by an Australian girl, I was linked to it by a friend. This video features my pov and opinions on this issue. I believe that if there is more of a diverse representation of people in Australia in the media, racist opinions like that would reduce (not saying racism will go away completely), because we fear what/ who we do not know or understand.

I was tempted to link you all to the facebook status but I do not wish to cause this girl any emotional harm/ bullying. But I do hope that one day she/ and other like her change their stance and embrace our diverse nation.”

Some time back, Australians against Racism and Discrimination, a Facebook anti-discrimination group, had the pleasure of featuring a video made by a young Chinese-Australian woman, Kimberley S.

The video was a response to the SBS three-part series Go Back to Where You Came From, and reinforces some of the points made in that series about the small number of refugees and asylum seekers taken by Australia compared to the numbers taken by other countries.

Soon after posting the video on YouTube, Kimberley started getting the predictable nauseous responses from the usual neo-Nazi white supremacist racist “patriotic” Strayans and other international lowlife with the usual insults which we won’t bore or distress Kimberley or other readers with.

Kimberley followed this video with another one, a response to a girl’s Facebook status.

In this video, Kimberley related the story of her own background and recorded her observations on racism in Australia from her perspective. She includes comments from well-known xenophobes and ends with a reminder that Australia is a multicultural nation, yet our media, particularly our commercial media, do not reflect this.

At this stage Kimberley had been forced to disable comments on her two videos and since the anonymous race warriors had not only seen fit to question her origins but had also distorted what she had presented:

Due to overwhelming racist, “white power” comments, I have made the comments approval only. I made a video response to the these comments specifically however one of the users edited the video to slander me – when I was quoting them (making it sound like it was my words via editing). Luckily it was taken down and in return I took my response video down in case it happened again
P.s Before you comment on my heritage when you know nothing about it. I am not from China. Only one of my parents are from China. My dad is actually from PNG my grand dad fought for Australia in the 2nd World War (yes, he was Asian) and when my dad was born, PNG was “owned” by Australia at the time. It wasn’t till I think after I was born in QLD (my parents already settled in what we called Australia, now) PNG got its independence back. I am not less Australian than you are. Migration has been going on for centuries so before messaging me and send me racist comments about “where I come from” or talking about my parents like you know them – I think you should stop and consider this.

Now it becomes truly bizarre, because Kimberley’s video has apparently somehow made its way over to foetid US-based neo-Nazi site Stormfront, known to us here as Scumfront (link not provided, we don’t want to encourage them). And its resident population of tiresome knuckle-dragging trog failures has risen briefly from their torpor to “critique” these videos in their own all-too-familiar fashion.

In the words of one of our members

Stormfront was established by a convicted terrorist, Don Black. It’s full of cry-babies who need to HTFU.

Under the laughably inaccurate heading “Asian attacking white australia!”, Scummy’s own intellectual pygmies exhaust their limited vocabularies and the resources of Spellcheck in an effort to…well we are not sure what. There are millions of videos on YouTube, hundreds of videos dealing with racism and anti-racism. Many of these videos name and shame. Many are right in their ugly faces.

Maybe they should listen to their last commenter “Power and Pride” (sic) when he says:

Seriously, this is a bit petty, some random chick on YouTube droaning (sic) on….

We suppose it’s too good opportunity for the boneheads to miss, doing what they do best – trying to bully a young woman for not being “like them”. Misquoting and distorting the truth.