Republished and edited from mindmadeup blog 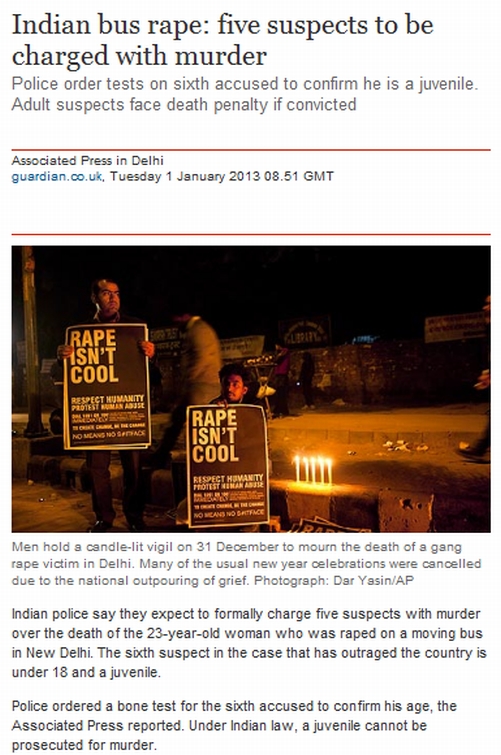 The Indian Bar Association last week decided against defending the six suspects because of the nature of the crime, although the court is expected to appoint lawyers to defend them.

Indian media have reported that forensic evidence indicates the victim of the attack, who died on Saturday at a hospital in Singapore, struggled violently, repeatedly biting her assailants.

Elsewhere
We must face up to our own rape culture

Cody Weiland and his rape fantasies