What a beautiful sentiment, Kerry. Thank you for sharing.

“Our prime purpose in this life is to help others. And if you can’t help them, at least don’t hurt them.” 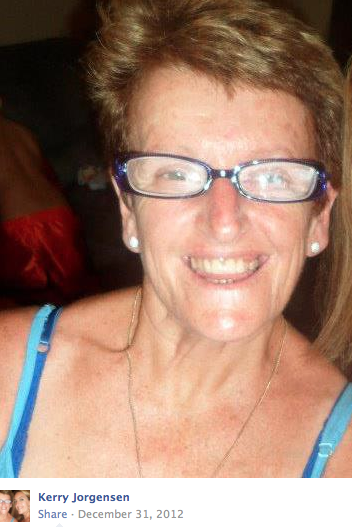 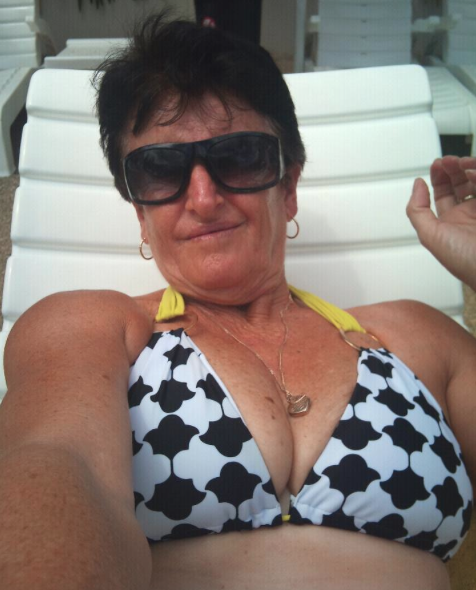 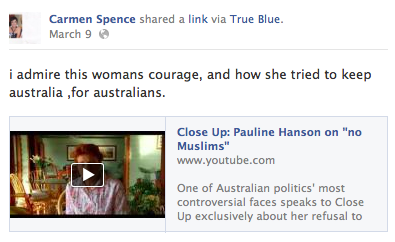 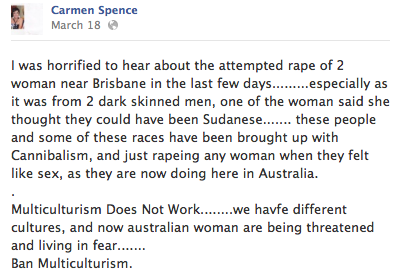 This page administrated by Kieran O’Rourke of Port Lincoln is supposed to be about selling and swapping Holden auto parts. Instead it is often a hotbed of racism. 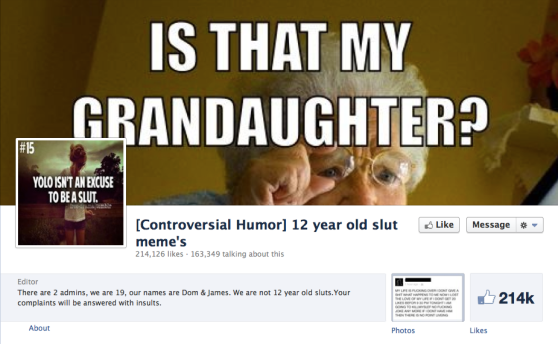 “…our names are Dom & James. We are not 12 year old sluts. Your complaints will be answered with insults.”

Theantibogan admin refuse to take screenshots of this Facebook page. The admins of the ’12 Year Old Sluts’ page are more than happy to publish photos of 12 year old girls and boys with meme-style captions attached that denigrate and ridicule. Let’s not forget that these are minors that we’re talking about, and as you can see from the screenshot above, the page has over 214,000 followers.

That is fucking disgraceful.

Here’s some more of James Silverwood:

Perhaps you might like to contact James so you can lodge some complaints over his choice of ‘humour’, and so that he can ‘insult you’. https://www.facebook.com/SILVERJIM

Dominic Terry has been identified as the other admin on the ’12 Year Old Sluts’ page. How ironic it is that he says the page was created to inform parents of the world how screwed up their children are. How proud his parents must be of him… 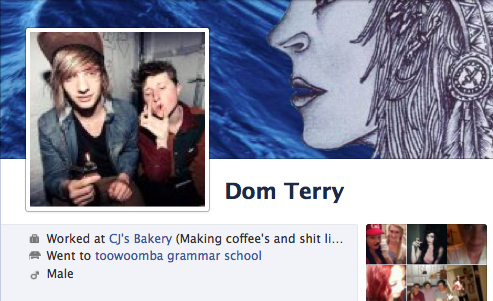 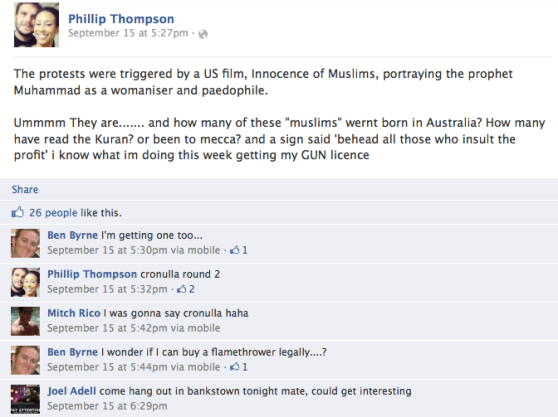 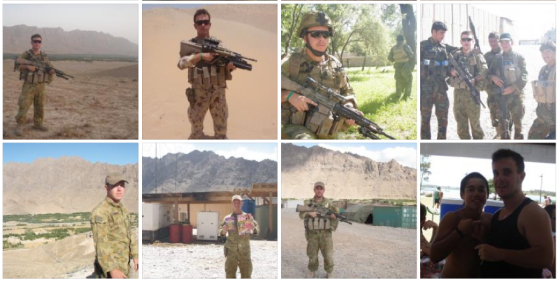 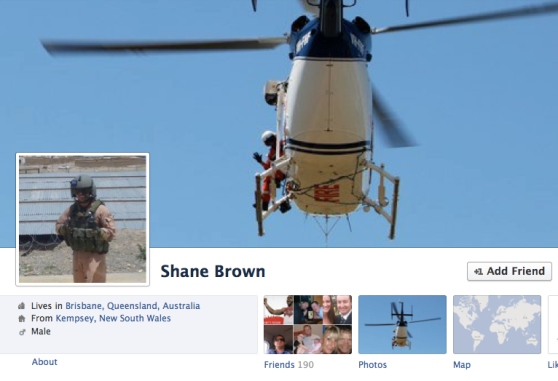 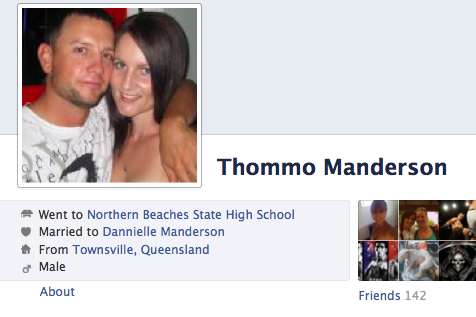 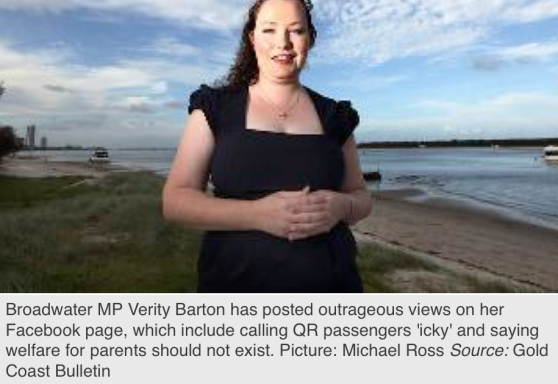 Barton, third-choice LNP candidate for the Gold Coast seat, also said she did not believe in climate change, wanted WorkChoices brought back and described some voters as bogans.

Ms Barton’s outrageous views have been posted on her Facebook page.

Ms Barton, the state’s youngest female in Parliament, got the nod to contest the high-profile seat for the LNP after one candidate resigned when he was caught drink-driving and the replacement candidate was dumped after photos emerged of him taking part in a swingers’ club event.

* Sounds like you (a friend) encounter icky QR passengers often.

* Welfare for parents (single or coupled) just shouldn’t exist. If you fall pregnant you’ve got nine months to save/budget.

* Is Craig Emerson (Federal Minister for Trade) drinking? Or is he always just such a d—head?

* Do not listen to the bogan when it says it doesn’t care about politics, for it is lying to you. 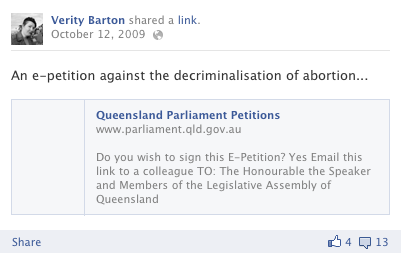 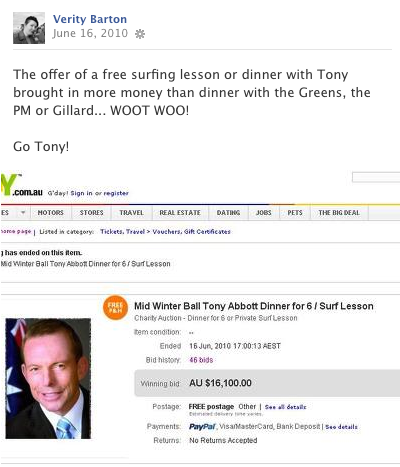 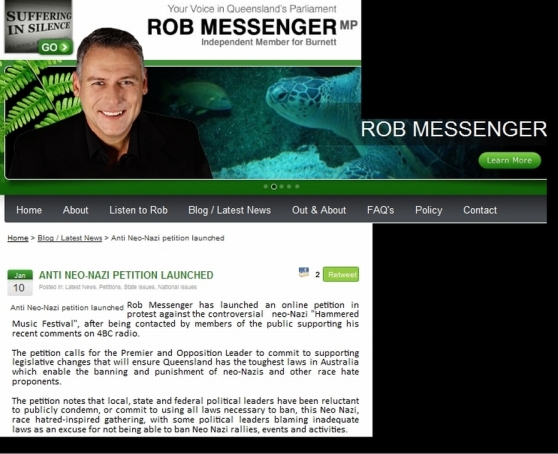 The petition can be found here

We originally wrote about the hate festival here

Also briefly interviewed by The Project is a Queensland politician. In general terms, the reaction by politicians to the event has been routine: condemnation. However Independent Queensland MP Rob Messenger…has launched an online petition in protest against the controversial neo-Nazi “Hammered Music Festival”, after being contacted by members of the public supporting his recent comments on 4BC radio.

The petition calls for the Premier and Opposition Leader to commit to supporting legislative changes that will ensure Queensland has the toughest laws in Australia which enable the banning and punishment of neo-Nazis and other race hate proponents.

The petition notes that local, state and federal political leaders have been reluctant to publicly condemn, or commit to using all laws necessary to ban, this Neo Nazi, race hatred-inspired gathering, with some political leaders blaming inadequate laws as an excuse for not being able to ban Neo Nazi rallies, events and activities.

We wonder what the people of Queensland think after having this event imposed on them for the third year in a row, right after the tragic floods of 2010 have just been commemorated.

Is Queensland  going to be forever tainted as the Hate State?  With all the condemnatory  international publicity will international tourists think twice about Queensland as a destination, thus depriving the state of much-needed revenue?

In other situations elsewhere local government has been able to use its regulations to prevent undesirable groups from gathering. And one remembers the efficiency and enthusiasm with which former Queensland governments were able to silence demonstrations against the Vietnam War for instance.

With a State election coming up we also wonder how much political wisdom would seek to alarm mainstream Queenslanders, to insult and offend minorities within the state, including Indigenous Queenslanders, and to make Queensland a laughing stock in the rest of Australia, who has so far managed to make these freaks largely unwelcome.

The popular and successful Woodford Folk Festival, which draws people from all over the world?

Or yet another unwanted hate music gathering of gutter grubs?

The new face of Queensland tourism?