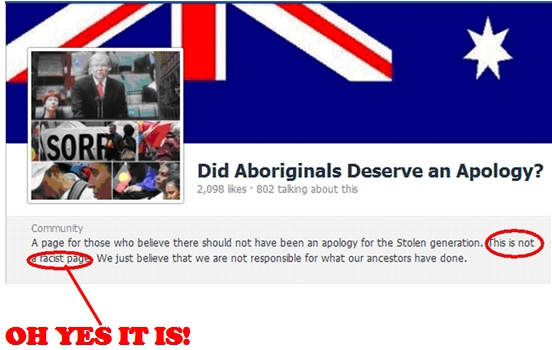 Kevin Rudd apologised as Prime Minister at the time on behalf of the government and people of Australia. Whether he was around during the period of the Stolen Generations or not is irrelevant.

Indigenous reactions to the Apology were positive. Indigenous people were not concerned whether Rudd had been “around” or not,  just that he was there as Prime Minister representing the government and the nation.

Oh and we know of no Indigenous people, alive or dead, who were or are “grateful” for being snatched away from their families. The anonymous admin of that page must live in another universe!

WRONG you cretin. Indigenous people have lived here for more than 40 000 years.

And guess what fuckwit!  The Chinese had an empire and an advanced civilisation for thousands of years and invented many things we still use but had no glass.

BECAUSE THEY DIDN’T NEED IT!

And they were even kind enough to invent the foldable umbrella for Jarrod’s European ancestors who obviously couldn’t manage it themselves.

And it gets better – or worse.

Jarrod is not the end of the dregs there. Take a look at “Mark Whiteman” who likes to grab the profile pics of people who dare to disagree with him and misuse them.

It’s something that goes with far right nutzi politics because when they get out in the real world they find their political nutjobbery has nothing to offer.

It is much easier for them to bully and intimidate young Aboriginal women for instance.

We are fairly sure that the real owner of that picture, State of Michigan political analyst Marlon Brown, who is an African-American albino, would not be too impressed by knowing that a white supremacist was misusing his photograph.

We know where to contact Marlon and we’ll be letting him know. 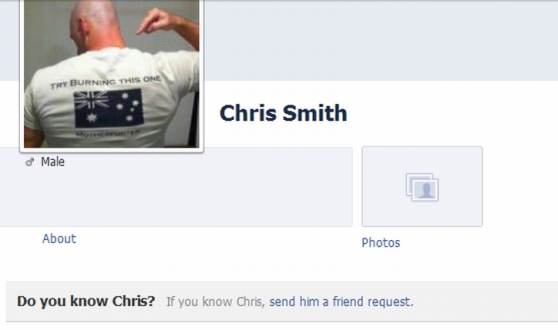 Yeah we know that Chris. You have quite a track record. 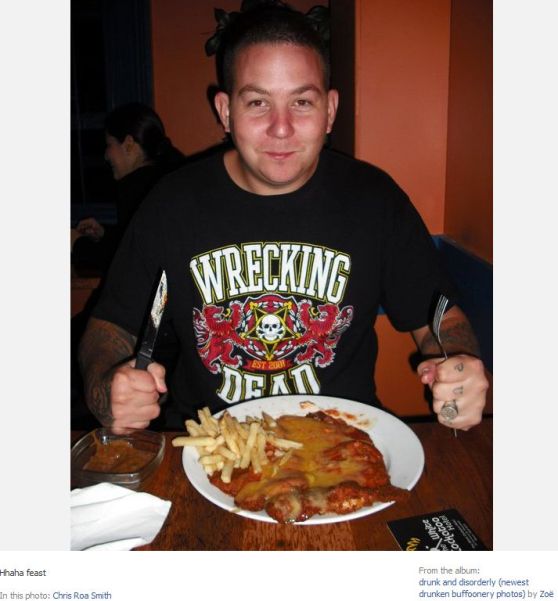 This might have been at the Sandringham Hotel in Newtown where him and his motley crew like to hang out despite all the gay leftie greenies who are thick on the ground in that part of Sydney.

Chris has been in the neo-Nazi scene for a long time with a bunch of fellow fantasists called Volksfront.  That is, when he’s not fronting the beak at Penrith Court.

So is Did Aboriginals Deserve an Apology? a racist page?