Wanted to share this just because it’s kinda funny.

(Just to set the record straight…)

Things are jumping in the lower Blue Mountains and the nearby Penrith area as the election campaign reaches new heights of lunacy.

Now for people with short memories, who is this Jackie Kelly who so arouses the budgie ?

Heath Aston went on to say

Drafting in Ms Kelly has raised some eyebrows in the party. The Penrith MP was a poster girl for John Howard’s dominance of the outer suburbs during his decade in office but it was also Ms Kelly’s campaign in 2007 that derailed the Howard re-election effort.

The western suburbs of Sydney turned their back on Mr Howard after Ms Kelly’s husband, Gary Clark, and others were caught distributing dodgy pamphlets thanking the ALP, on behalf of an Islamic group that did not exist, for supporting terrorists.

The scandal was credited with preventing any hope of Mr Howard mounting one of his trademark late comebacks and Ms Kelly’s seat of Lindsay fell to Labor on her retirement in the ”Ruddslide” of 2007.

When asked about Ms Kelly’s role in her office, Ms Markus indicated her role was not official. “Jackie is a close friend of mine but I have my campaign staff,” she said before cutting the call short.

Probably a wise move on the part of Louise Markus to dump her bestie if she doesn’t want Macquarie to become the Siege of Glenrowan.

Now let’s take a look at the notorious and laughably amateurish pamphlet from 2007.

And here’s Squadron Leader Kelly’s husband doing his deer-in-the-headlights act after being caught.

What a quality act!

Do you feel safer knowing that ADL members are sharing weapon-making videos with their members – some of whom have spare rooms full of rifles and semi-automatic weapons and some of whom idolise people like Anders Brievik?

When knuckle-dragging Muslim-hating cretins flop their tentacles across the Pacific and make contact with their US equivalents the results are often hilarious.

Now for fact time. This is the flag the morons are getting so excited about. This flag has nothing to do with the Stars and Stripes.

This is the flag of Malaysia – a member of the Commonwealth like Australia and a country which happens to have a majority Muslim population.

But before the bogots hide behind the sofa clutching their legacy fridge magnets, take a look at this flag.

This is the flag of Singapore, Malaysia’s near neighbour.  Now Singapore has a crescent moon and five stars. Does that make it five times more Muslamic than Malaysia?

Err…no. Singapore has no state religion. None at all. 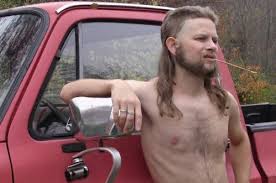 We have read your new policy on asylum seeker boat arrivals. It is an audacious policy which no doubt took your colleagues and the rest of the ALP by surprise.

Without necessarily supporting what you did we understand why you made the arrangements you did with PNG Prime Minister Peter O’ Neill. In that one gesture you apparently shored up your racist and bigoted constituency in marginal seats, wedged Tony Abbott and his three-word bogan slogans and attempted to appease those ethical and compassionate people with genuine concerns about unsafe boats full of asylum seekers attempting hazardous voyages.

We will not go into the details of the policy. It has been thoroughly reported by the media somewhat starved of controversy in the last week or so, along with the usual commentary from the usual media suspects such as conservative commentator Paul Sheehan, who has spent the last three years telling people what a dreadful government we have but has suddenly discovered that asylum seekers sometimes drown, so desperate are they to find a safe place to live.

We are somewhat surprised that a country your government’s own DFAT travel advice website has warned Australian travellers is a security risk should be deemed acceptable for asylum seekers as a place of settlement. There seems to be a bit of careless racism implicit in that.

So while you tick those boxes off may we remind you that the ongoing hysteria about asylum seekers is not going to go away. That same constituency which you think you have placated will continue to hate and vilify new arrivals, no matter how they arrived in this country.

So Kevin we need an undertaking from you that you are going to address this xenophobia, because you and the government are the only ones who can do so.

We want an undertaking that you and your MPs will explicitly address and overturn the unfounded fears and festering hatred of this misguided sector of the electorate, because you are supposed to govern on behalf of normal Australians, not just expediently at election time for the passing whims of the haters.

Then we may again be a fit country to receive and welcome newcomers to a safe and secure life, because at the moment we are not.

Heads up if you’re playing at home – @962810 is Daniel Moran. Just like his eBay homepage that has nothing, and his YouTube channel that also has nothing, his Twitter and Facebook accounts have nothing… except hot-headed, trolling, racist ravings.

Cassandra Mayers is keen to let her fellow bogots know about “teh_evils_of_mooslems”. Here’s last week’s effort courtesy of a beat-up from UK fishwrapper the Daily Mail.

The week before she was incensed that commercial stations were going to show some informational ads prepared by Muslim organisations and directed specifically at ignorant people like her. So she took herself over to petition site Change.org and started a petition

Now there are a couple of things to note about these Change.org petitions. Firstly, they are really designed for citizens alert organisations to make some positive social change or to right a wrong. They are not designed for the ill-informed to rant about their pet hatreds.

Cassandra has targeted Julie Flynn from the Free TV organisation – the peak body for free-to-air television networks. Obviously she erroneously believes a media executive like Julie Flynn is going to read her misinformed rant and believe it.

Like other social media Change.org has Terms of Service (TOS) and these are extracts from some of the relevant TOS from that organisation.

In addition, you agree not to use the Service or the Site to:

…upload, post, transmit, share, store or otherwise make available content that would constitute, encourage or provide instructions for a criminal offense, violate the rights of any party, or that would otherwise create liability or violate any local, state, national or international law;

…hate speech (which includes, but is not limited to, speech which attacks or demeans a group based on race or ethnic origin, religion, disability, gender, age, veteran status, and sexual orientation/gender identity) is not allowed.

If people wish to complain about the content of this petition you may do so here though we cannot vouch for the speed at which the complaint will be resolved.

Our senior source has just come through with some more gems from the lovely Rebecca.

We’ve never heard of the “oad” before. Is it a new dance craze?

If you mean the ODE please spell it properly or GTFO.

So if you criticise a town somehow you are racist…?

And after this incoherent rant came this pearler

We just checked and none of us own a BMW or Mercedes, sadly. Nor do we sell drugs.

Maybe Rebecca and her mates can fill us in on this?