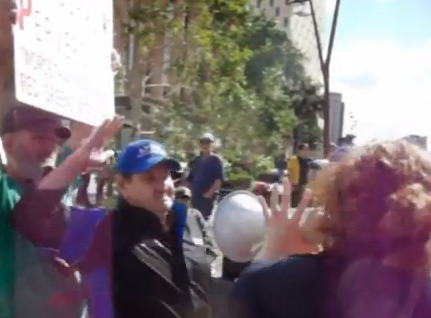 Maybe you should have told Darren, Wyatt! Beatle doesn’t mind a bit of slap and tickle with unknown women – you really should have had him on a leash.

Ah, that’s the spirit Scott. Stand up against Darren’s violent ways. At least Darren understands that racist (and sexist) remarks are just going to paint you as rednecks. 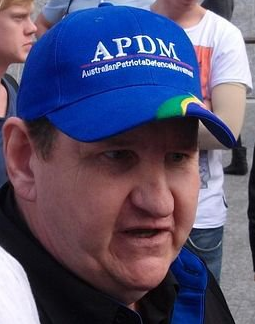 Oh Darren, it seems you couldn’t control your racist, violent or sexist ways on the day of the first official rally for the APDM (Australian Patriots Defence Movement). Perhaps you should grow up and fill that fat head of yours with some intelligence! Pick up a book sometime!

Nothing like a bit of street-lit, eh Beatle? Especially when it’s all about ‘peeeee-dophilia’!

As you were. Over and out.