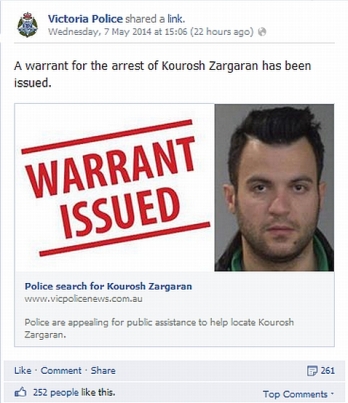 It is obvious the police wish to apprehend and charge this person with an unspecified offence and are requesting the assistance of the public in reporting his whereabouts.

However this does not stop the usual suspects from posting bogot drivel.

More criminology from the Bogot Brigade followed this post

Yep how did you know?

Soulmates “Gypsy Moon” and Debbie then snuggle up to pass judgement on a suspect based entirely on a facial composite reconstruction.