Reblogged from The Conversation 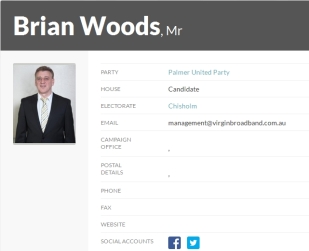 By Ken Lay
September 4, 2013
I want you all to imagine something with me. Imagine that each week an Australian is murdered at a train station.

That each week, someone’s brother or sister; mother or father is violently killed getting on or off a train. Picture it?

It would be a front-page news story in each of our capital cities. Police would flood our stations, while people would avoid public transport in favour of private cars. Congestion would quickly become a major problem, as the number of cars on the roads increased. The word “crisis” would pepper our talkback.

Can you imagine it?

Now I have another figure — a real figure — that I think is just as horrific. A figure that is just as worthy of galvanising our sympathy and outrage. But it doesn’t.

The figure is this: every week a woman is murdered by her partner or ex-partner.

Every week this happens.

Now, our public response isn’t at all like we imagined it would be if those victims died not in their family rooms but at train stations.

Why do you think that is?

I’ll tell you why I think it is.

Because what happens in someone else’s home doesn’t affect us. And because we are constantly misapprehending the nature of violence. We do this because we want to feel safer — so we apportion complicity to those who die violently. In our heads, we make them somehow responsible for the wickedness that befell them. When we do this, we feel better. We feel safer.

And it’s also much, much easier to do this when the crimes are domestic — when they’re behind closed doors. When it happens we might think “Well, why did she marry him?” just as we might think of a rape victim, “Well, why was she wearing a short skirt?”

When we imagine this sort of complicity for the victim — when we essentially blame them — we are congratulating ourselves for our superior judgement, a judgement that will ensure it never happens to us.

In blaming victims, we create a lot of myths about family violence. Here are some of them:

that the victim must have incited the abuse;
that the victim is guilty of awful judgement;
that if the woman’s life was endangered, she would simply leave.

No, no and no. These are myths and they’re getting in the way of honesty. In order to discard these myths, I’m going to broaden our story a little.

So as I try to correct some myths — and as I explain the urgency of this problem — let me begin at one end of the continuum.

In July, I wrote a piece on violence against women as part of the Herald Sun’s “Take a Stand” campaign. At the beginning of my piece I introduced a fictional — but unfortunately realistic — scenario.

Susie is 21. She’s just finished uni exams and decides to head out for a night with friends. Within the first two hours she’s been groped twice. The first from a leering drunk. The second happens from behind, anonymously, as Susie’s making her way through a crowd.

Susie feels a lot of things — saddened, humiliated and a little frightened. But she’s not surprised. This, she knows, happens every single day. Some women plan their evenings around avoiding it. As men, how often — if ever — do we do that?

Our culture is filled with men who hold an indecent sense of entitlement towards women.

Our culture is heavy with warped and misspent masculinity.

And every single day the casual groping and lewd comments that go unchallenged erode our standards.

And if none of us are saying anything, then this feral atmosphere gets worse, until it becomes an endorsement of violence against women.

If you think I’m exaggerating, consider the recent World Health Organisation’s report that found that violence against women had reached “a global health problem of epidemic proportions.”

And yes, that includes Australia.

The Organisation’s report found that a third of the world’s women had been assaulted.

If you think I’m exaggerating, consider Victoria’s crime statistics for the previous financial year. During 2012/13, there were 60,829 incidents where police submitted family incidence reports. This is a rise of 21.6% on the 50,000 reports submitted the previous year. 60,000 incidents in Victoria alone.

Grim statistics can be found all over the world.

In the United States, 3,200 US soldiers were killed between 2000 and 2006. In that same time in the US, three times as many people were killed in domestic homicides.

If you still think I’m exaggerating, consider the almost total absence in our culture of men writing about the casual molestation of women.

Violence against women — in whatever form — is not solely a feminist issue. It’s a social issue… It’s a blokes’ issue.

And if you still need to be convinced that this is a public matter, just wonder where you think the 8 year-old boy who watches his Mum gurgle on her own blood ends up.

Think about the kids.

So I’ve now explained to you some of our misapprehensions and myths about violence — that it’s a private matter or that the victims are to blame somehow.

And I’ve now explained to you the urgency. Now let me give you my challenges.

Men, I need your help in making any form of indecency against women deeply shameful.

I want you to use the full measure of your profession and your passion to try to correct this.

Men, when an estimated 20 per cent of Australian women have been sexually assaulted — and when we know that sexual assault is massively under-reported — we can’t say we don’t have a problem.

Men, I want you to consider why blokes are so quiet on these issues. Then I need you to correct that silence.

To all of you, I ask that you help repel a callousness that has crept into our society.

What I want to leave you with is a sense of the complacency we must battle.

And a sense of the prevailing, damaging attitudes towards women.

We must all stand up to these things wherever they occur.

Not just at community forums, but on trams and trains and streets. In the workplace and our sporting clubs.

I talk a lot about ethical leadership in my position, and how I frame it for my audiences — how I explain why people fail to act — is often with what psychologists call the bystander effect.

A famous case-study of this phenomenon comes from 1968, when a young New Yorker called Kitty Genovese was murdered in front of her apartment.

About 40 witnesses did nothing.

The bystander effect looks at why there is less likelihood of bystanders responding when there are more people around.

There’s also the assumption that somebody else will help — an assumption that increases with a larger number of bystanders. So what happens is there’s a collective reluctance to act until somebody else has acted. Once somebody has, it becomes the normal thing to do — the barrier to action has been broken.

Because if we shrug our shoulders when a sex worker is murdered — or a wife is battered to death — then we’re diminished as a community.

Ken Lay is the Chief Commissioner of Victoria Police.

The person who sent this to us didn’t give us a higher resolution picture, so here’s the breakdown for you:

Mark Udy, Shane Udy and Scott Udy shared this gem on Facebook, with a combined friends list of over 1900 people. Bradley Murray ‘liked’ it.

Seeing as though it’s so funny, here are some Australian statistics about domestic violence for the Udy scum and their lab-test mate Brad Murray:

• 23% of women who had ever been married or in a de-facto relationship, experienced violence by a partner at some time during the relationship (ABS 1996, p. 50). One in every four females.