We read a lot about extremism and why we don’t want it in our country.  No one can argue with that – we certainly don’t want to be harbouring violent extremists in Australia.  We don’t want people here who will threaten or incite violence, or those who would seek to destroy the peace in our great southern land.

Home-grown extremism is perhaps even more baffling.  Seeing what we have in this country – and how well it works – makes it hard to understand why anyone would want to threaten it.

Unfortunately, the wannabe perpetrators get far too little attention in the media – unless it’s the fervent, moronic ramblings of one Ibrahim Siddiq-Conlon, whose ideals are despised and condemned far and wide.  But there are other nutbags in our midst who remain largely ignored in the media, and who, in far greater numbers, pose a threat to our nation.

So let’s take a moment, steel ourselves, and have a closer look at the nutbags who seek to bring violence and extremism to our shores. 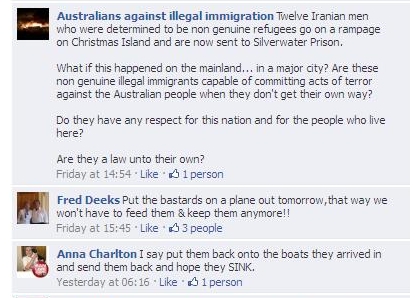 Anna, you seem to feel strongly about animal rights, and that’s a good thing.  But it doesn’t excuse acting like a rabid animal yourself. 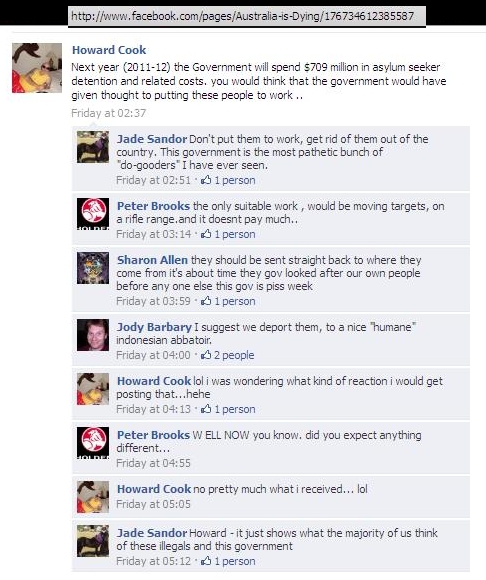 Fuck you, Jade.  The majority of Australians aren’t looking to butcher people, and how dare you tarnish the rest of us with your idiocy.

Amazing how many cretins have come out of the woodwork following the mauling death of a four year old child.  Takes a real fucking hero to make a joke out of that, doesn’t it Nathan? 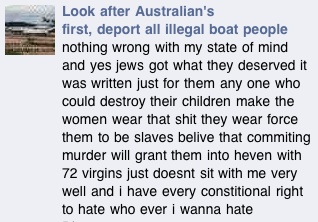 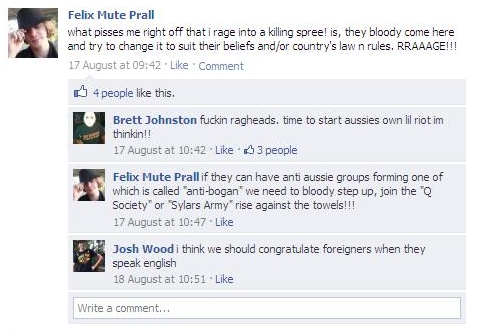 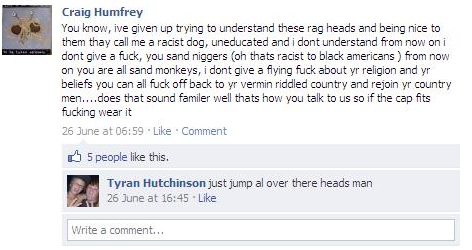 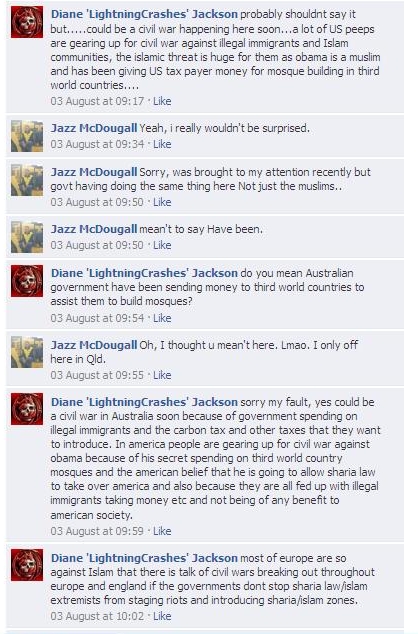 You’re right Diane, you shouldn’t say it.  We don’t want to hear about the sick fantasies of people who want a war on our soil. 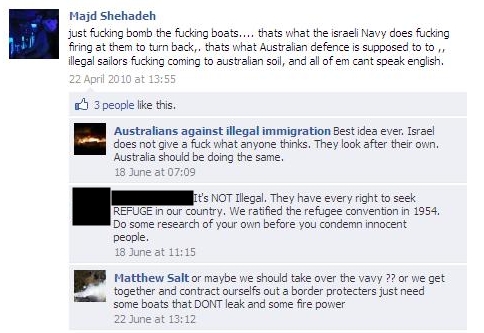 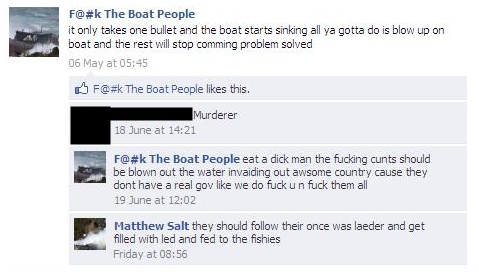 To each and every one of the arseholes above wishing violence to be perpetrated against others…  Australia doesn’t need your murderous, idiotic, braindead psychobabble.  You are all as disgusting as any other extremist out there, and we wholeheartedly condemn what you say and what you stand for.  You sick, twisted fucks.