One of our supporters recently sent this letter to Facebook’s Australian office after we were able to supply him with the address.

This is in a period when the tragic killing of a serving soldier in London apparently by extremists was hijacked by the motley collection of low-life street thugs known as the EDL, whose equally stupid Australian counterpart is the ADL. This is in a period when racist comments were made to and about an Indigenous footballer and sadly were followed by matching remarks from prominent commentators. This is after we have had a spate of racist incidents on public transport.

And of course the bogot bottom-feeders that infest Facebook have been taking full advantage of these events.

So our supporter took them on at various sites for these and other matters where they gather but so concerned was Facebook at the prospect of losing their bogot customer base that they fried his account.

Dear sir/madam
I have to write to you by snail mail because you do not publish an email address nor do you have a phone number to call. You have one billion customers but no help desk.

I have been banned by you on several occasions, the first for daring to suggest to channel 9 they should show the greenpeace anti rubbish commercial. I believe you banned 100 or more users that day.
More recently a race hate page was set up on your system. I found that page after the Brisbane Times ran a story because the anti-Islam rally the page organised had zero attendees. On the race hate page the organisers have advertised they are calling for recruits for a secret society to wage war against Islam in Australia. Upon seeing this I contacted several police departments, a dozen or so politicians I know and some news outlets. And then you banned me. You leave a race hate page running and you ban the people trying to protect society. I couldn’t inform you because you banned me and to inform you of anything I have to log in.
You require on one of the accounts that I provide government photographic ID.

As for phone numbers, I like to be a part of the 6.3 Billion people who don’t have a mobile phone.
Since finding the race hate page being run on your system I have contacted ASIO, because it is establishing a terrorist organisation. I have contacted the CIA in the USA because the race hate page is recruiting citizens of the USA in the USA. I have contacted the FBI because of the USA citizens on that race hate page. I have contacted the Australian federal Police because you are in contravention of many laws by allowing a race hate page to exist, by asking for government photographic ID, by banning Australians from trying to report law infractions. Ditto with the Queensland and NSW police. All the major media outlets are aware of your illegal practices and your total disregard for Australian law and Australians trying to fight racism. Please restore both accounts, I will decide which I want to keep. Please cooperate fully with ASIO, CIA, FBP, AFP and all police departments who contact you and please provide an Australian phone number where concerned citizens can contact you directly without having to get banned because you have no contact address and no way of informing you what illegal actions are happening under your protection.

If you were watching a recent episode of ABC’s The Checkout you will note that even the redoubtable Chaser team were unable to crack the Kremlin of the West.

Yet ironically parts of the Moscow Kremlin these days are freely accessible to locals and foreign tourists.

Watch the full segment on Episode 9 Terms and Conditions here

So for those daring enough, here is as much information as we have been able to gather.

Facebook’s Australian office can be found  at

There is one available e mail address which is meant for the press.

press@facebook.com UPDATE: Even this one now does not work

Also remember #FBrape, the Twitter campaign we featured recently? Writing to advertisers and letting them know when social media is being irresponsible does work.

More threats
As some of you may know I have been censoring the posts of a serial pest who makes anti-Muslim and racist comments and has in the past threatened me. He has posted again saying that the next time he is in my area – he names my street – he’ll ‘drop in to say g’day’. Clearly this is an attempt to further intimidate me. If anything happens to me or my family here are his details to provide to police.  jack 58.96.105.106  He has a druid name email at txc.

We know these tactics only too well.

To help him out, we’ve given him an approximate location for his stalker. It’s a nice little town just south of Adelaide. A pity that the swamp dwellers have reached there.

And we have actually passed these details on to the blogger so he can contact SA Police. They may help make life uncomfortable for his stalker.

So on with the (freak) show

Preamble for the failures

We’ll keep it simple for racists and bigots. We know they are not too bright. In fact they are so dumb they think that the First Amendment of the US Constitution is the law of the land in Australia.

Hate to tell them this – it is not. So when they see hate groups in the US like the Westboro Baptist Church spouting bigotry and try and do so here they are potentially liable for legal action.

You see the First Amendment was written around 1776 by a bunch of well-off  white farmers and lawyers in the American colonies who were (rightfully) pissed off that they were not allowed to have a free press which could criticise the government, unlike the colonial power itself, England.

That’s all. It is not the 11th Commandment brought down from cardboard Hollywood Sinai  by Charlton Heston Moses. In fact it has probably been challenged in the courts more than any other provisions of the US Bill of Rights, simply because as long as you put up such a seemingly admirable law, you are going to have nutjobs, cranks and loathsome haters who will abuse it. 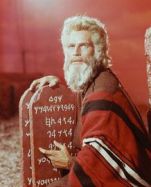 “This is the First Amendment – I think. Either that or I picked up Jesus’s shopping list by mistake.”

10 ways to be bigger failures than you already are

And remember no matter how big the anti-racist group is only one person runs it even if the group profile shows a dozen or more admins. They “must” be all fake profiles.

You are all Muslim woman (sic)

Bonus bogot points for pics of parents or grandparents. Especially if they have recently died or are terminally ill.

And we are still waiting for the first child abuse prosecution under the Intervention.

IT IS NOT ILLEGAL TO BE AN ANTI-RACIST/ ANTI-BIGOT

and secondly
it is entirely likely that at least some of the anti-racists you target might actually know lots of stuff including the law.

And by that we don’t mean “being known to  police” – which is definitely the case with the racist bogots.

Though we could actually do with some new lounge or dining room suites. ASIO  Mossad  the CIA don’t pay us too well since the GFC.