It’s well documented that the Bogotariat have little in the way of original thought or imagination, and thus have a tendency to repeat things they have heard other bogots saying.  The bogot does this without ever questioning the veracity of what they are spewing forth onto the internet or how nonsensical it sounds to normal people.

We’ve collected some of the most predictable, common, ignorant and moronic comments and topics raised by the average bogot in full rant, and now we want to see just how predictable the Bogotariat is.

And so we present you with:

We will then sift through the submissions and find the best, worst and funniest Bogot Bingo wins and present them in a blog in a few weeks time.  (Rest assured we will keep the identities of all players completely secret.)

Go forth and bingo!

Anyone who has come across a gathering of bogots on the internet has experienced the depths of Bogotariat indignation when someone suggests that their anti-Muslim rants might be an indication of, well, very poorly veiled racism.

Mostly because they are.

In one such instance, one enterprising boguette has decided to open a new anti-halal group where she, as the group admin, intends to weed any racist comments out of the discussion so that the message will be taken seriously.  Particularly by friends and family who, thus far, may have her pegged as being racist.

And maybe, just maybe, this is the start of some kind of revelation or epiphany?.  Maybe there is hope that some of the bogot elements might finally be realising that racism is ugly and unacceptable?  That it is a sentiment and a thought process that they need to reject?

It seems not.  They still want to be racist, they just think they can hide it by not being explicit about it, and no one will notice.

Nevertheless, the very notion appears to just wind one of the other boguettes up like too many cans of Monster before a big night out at Penrith Panthers (if you haven’t heard of it, it’s a world of entertainment). 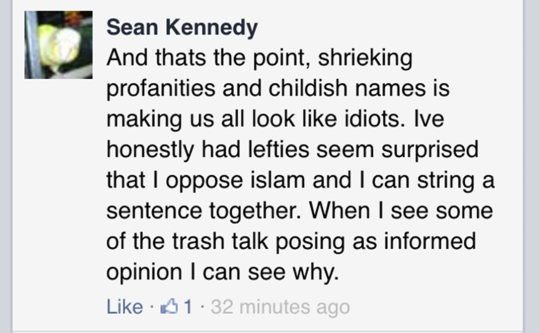 Sorry, didn’t meant to interrupt.  Let me just take a few steps back and let them sort it out like… adults? 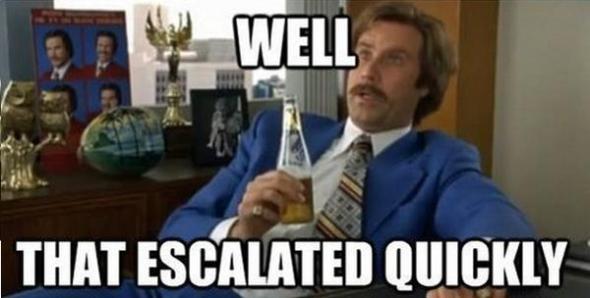 The Bogotariat just aren’t ready for crazy new ideas like trying to better hide their racism so they can pretend to be arguing from a rational perspective.