A few days ago, a fire broke out in the roof of a small shopping complex in suburban Adelaide. Fire crews and ambulances attended and no lives were lost. 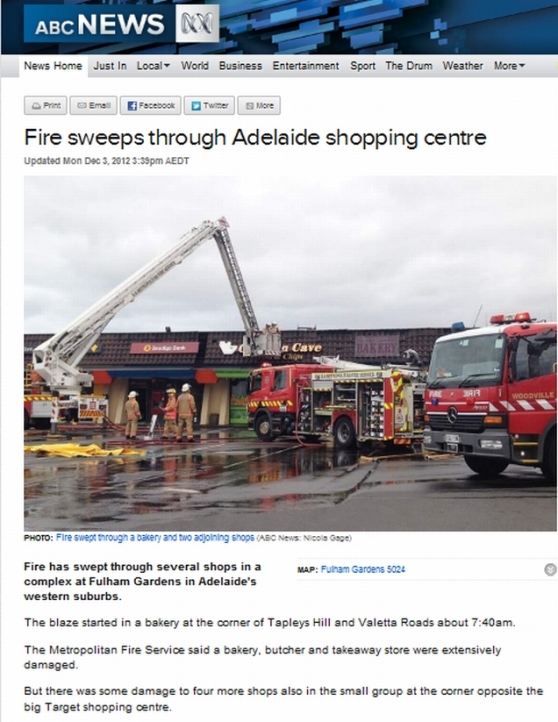 News.com.au carried some pictures of the incident

Now of course as yet it cannot be shown what caused the fire without an investigation by the appropriate authorities and no news source even speculated on what might have been the cause.

However this didn’t stop a US-based anti-Muslim hate page from picking up the story, and to put their own spin on it, even though they’d be hard-pressed to tell you where Adelaide even was.

And of course they were ably assisted by some of our local self-appointed fire experts. 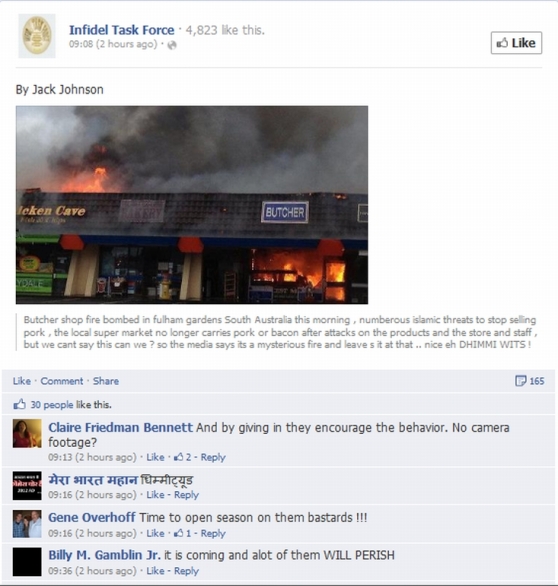 According to this hysterical huddle of xenophobes, the butcher shop in the complex was supposedly “fire-bombed” and not only that but the supermarket in the complex carried “no pork or bacon” after alleged “attacks on the products”. 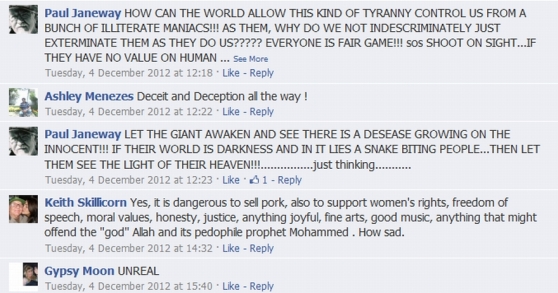 The theme was actually taken up on another forum, again with no supporting evidence whatsoever but with plenty of bilious grunting. 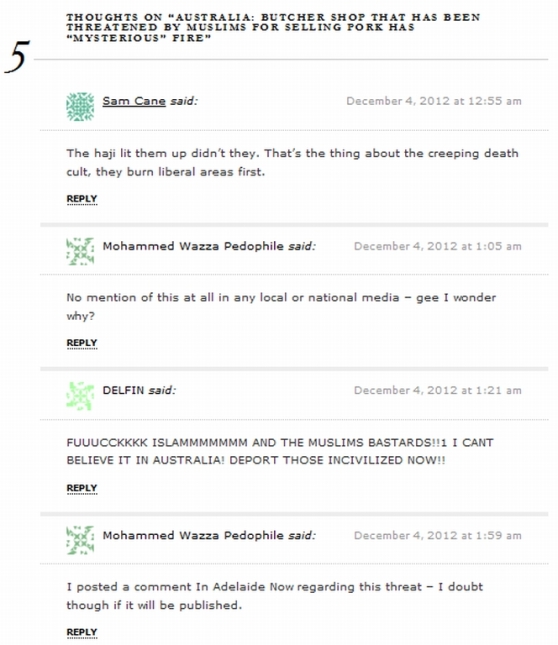 And you might be interested in “Jack Johnson”. We certainly were after we read his paranoid rants to a US forum on combat knives.

In fact we know him as this loser. 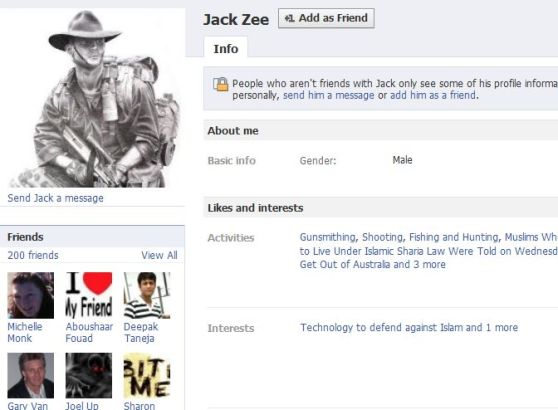 And here’s a picture of him amusing the people of the Inner West a couple of years ago at a community forum. 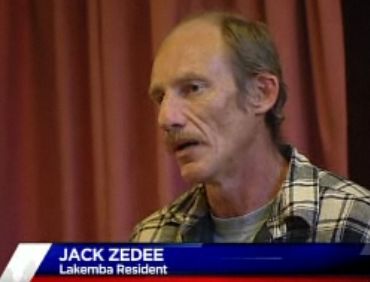 He was also quite happy to get up close and personal with former self-appointed Mahdi to the Muslim masses Ibrahim Sidddiq Conlon, while also making baseless claims to having been involved with Australian volunteer veterans who dismantle mines on former battlefields in Indo-China.

So bizarre were his fantasies that even the far right, no strangers to bizarre delusions and outrageous utterances themselves, were unable to stomach him and he was ejected from both the Pathetic Party and an anti-lefty whinge group.