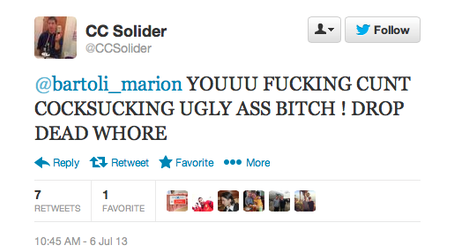 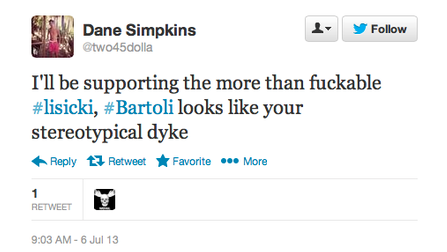 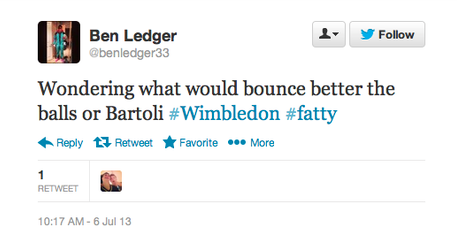 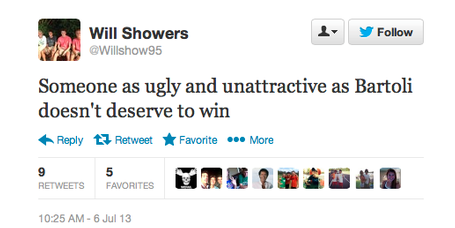 Far From The Big Smoke

When will this country break away from this kind of ridiculous mindset? I want to provide comment, but I’m too aghast, too infuriated, too frustrated by this land. Racism here is directed both passively and aggressively at any one who appears a little different. Yet people still refuse to accept that it is WE who ARE DOING IT. Oh no, it’s not Australians born and raised here that are driving cabs, it’s those ‘furriners’. Do we not hear ourselves? It was Australians at Cronulla. It’s Australians on public transport abusing Indians, Asians, Arabic people. It’s Australians abusing my highly intelligent Australian friend because surely she couldn’t actually be reading the Financial Review. After all, she’s of Asian descent and, God help her,  a woman.

And this is just the blatant racism. The passive racism is worse. It’s…

So you’ve had too much to drink, and you’re on your way home.  In your drunken state, you drop your keys on the tracks of a very busy station platform, with trains coming and going regularly.  You ask staff to retrieve them for you, and it seems you may be in for a wait, because of the trains.  You were drunk and you dropped your keys, so this is essentially your own doing.  You may be annoyed, but realise it’s your own fault.

Unless you’re this guy, which means you’re a fuckwit.

So instead, you blame the fact you dropped your keys on train tracks on Indians, Pakistanis and Bangladeshis.  Somehow, it’s their fault.  It’s also somehow their fault that you don’t have a good enough job, because they stole it by… I don’t know, taking a job as a CityRail employee who is unfortunate enough to have to work a shift where drunk asshats are catching trains.  You verbally abuse one staff member, along with generally making abusive, racist comments directed at anyone who isn’t white.  When a fellow commuter happens to ask you to calm down and tries to talk to you rationally about why what you’re saying is disrespectful and ridiculous, you get frustrated.  You stand up and tower over him as he sits.  You get in his face.  You yell, you rant.  You push his shoulder.  You call him a geek.  You tell him he needs to stand up for himself because  the non-white people took your job.  Or something.

As a supreme example of the ‘master race’, you stagger around and display your shiny white arse crack to the world as a confirmation of your alpha male status.  Because you are a fuckwit, you think this is acceptable. 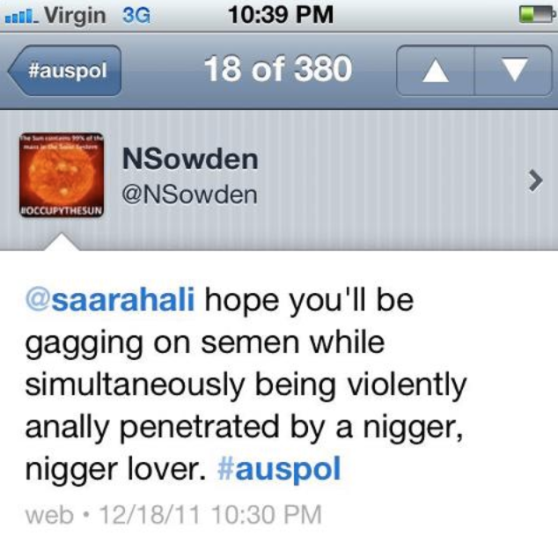 Not satisfied with calling TV identity Corrine Grant a pig, cunt and a prostitute, and calling for ‘black folk’ to pack rape her, this guy then turns his attention to fellow Australian Steve, who is putting his political opinions forward in a completely non-confrontational way. See it all here:

* “…i’ll fuckin glass you [Heidi] and we both know how that will turn out!”

TAB: Your public threats against a woman have been immortalised.

TAB: You have handed yourself the ‘win’ in a debate on the Interwebz. Congratulations.

* “…im pointing my dick at your head on the computer screen”

TAB: Lucky Steve. Man love just urging itself out of the hard-man’s closet.

TAB: Except the people who were in this country before anyone else. Yeah – they’re not Australian at all. 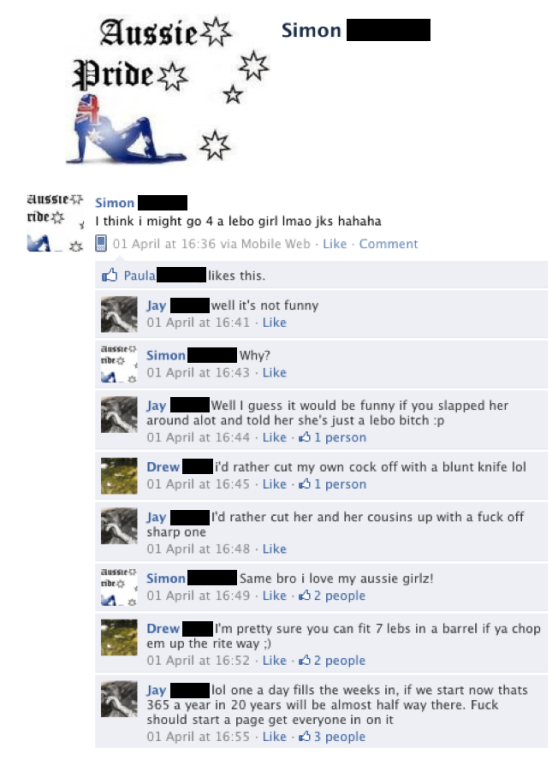 I’m not racist, but…

* We should cut Lebanese girls up and stuff them into barrels;

* The only real Aussies are white;

Oh and just for the record – this guy, his younger brother and his older brother have all spent time in jail.

Yeah, Aussie pride. Hating on non-whites and spending time in jail at the expense of the rest of us.