Received by a Muslim family in Sydney 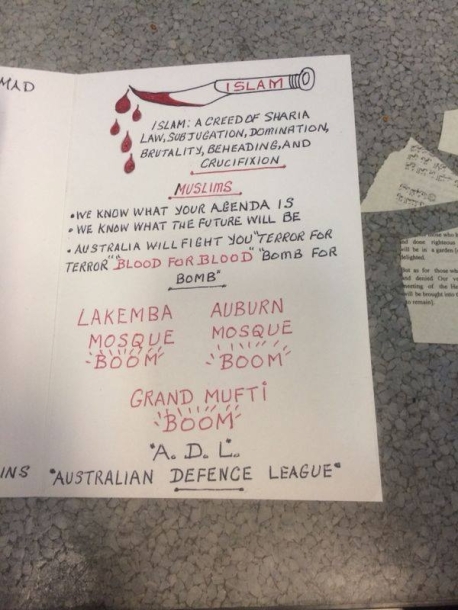 We think that other Muslims have received these threats as well.

This is typical of the behaviour of cowardly far right hate groups like the various flavours of ADL.

NSW Premier Mike Baird has stated that he does not want Muslims targeted by bigots.

Sending anonymous threats by post or using electronic media to threaten or harass people is illegal.

So if anyone receives any threats either in the mail, by telephone, via e mail or via social media, or who are abused or threatened  in the street by these low-life, take government advice  and go to your local police and report it.

You will receive an event number which is a record of your complaint.

When you have done so let your local State MP know and give them the event number.

Remember you have the support of all fair-minded and tolerant Australians.

21 thoughts on “And who are the real terrorists in the community again?”