The ADL staggers from failure to failure, shooting itself in the foot as it goes.

First, a footnote from the failed anti-mosque demo in Bendigo from our friends at Aussies Against the Australian Defence League V. 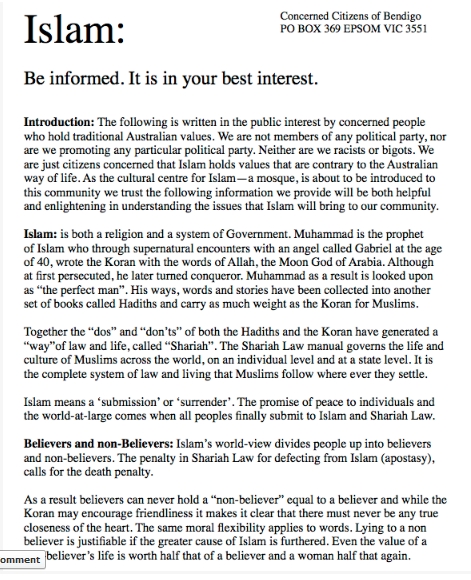 Second, the continuing soap opera and train wreck that is Nathan Abela posted this on his (now vanished) ADL League page. 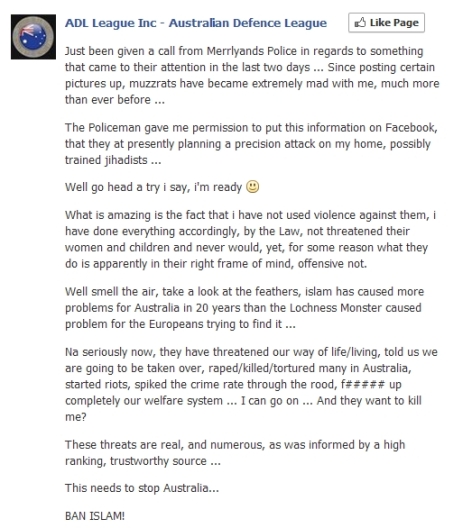 We are certain no such attack took place, and if there was an attack it was a deliberate own goal.

But wait! It gets better.

You remember Ralph Cerminara don’t you?

He was Nathan’s fellow traveller for a while until they had a falling out about whose brain processes were the most warped.

Nathan and friends would be well advised to read this below.

3 thoughts on “The ADL: fail at Bendigo, fail at bullshit”