This comment was recently posted to a Facebook page as well as being spammed to this blog. Someone is really eager to promote the work of Wolf Creek indie producer Greg McLean. Or thinks that asylum seekers should be tortured, sliced, abused and diced.

We wonder if Ray is getting a kickback . The eco-fitness business must be slow.

Now it is not all bad. Ray seems to love animals, his family, and seems to have (*gasp) green tendencies.

But he hates Muslims and asylum seekers.

In fact he hates them so much he decided to go all Rambo on our blog page. Naturally we got rid of him.

Now we are returning the favour.

And here are the hate groups he likes. 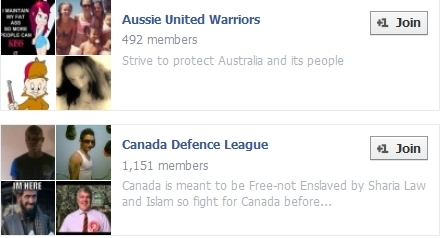 And we are fairly sure that Greg McLean, the star John Jarratt and all the others associated with the movie Wolf Creek do not want to have their  horror classic associated with racism and bigotry.