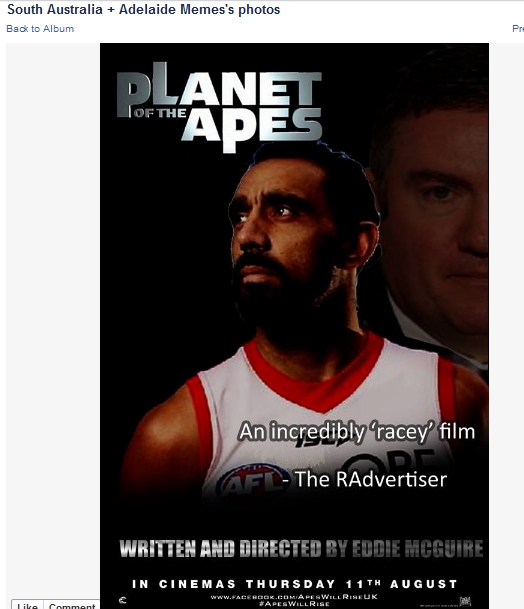 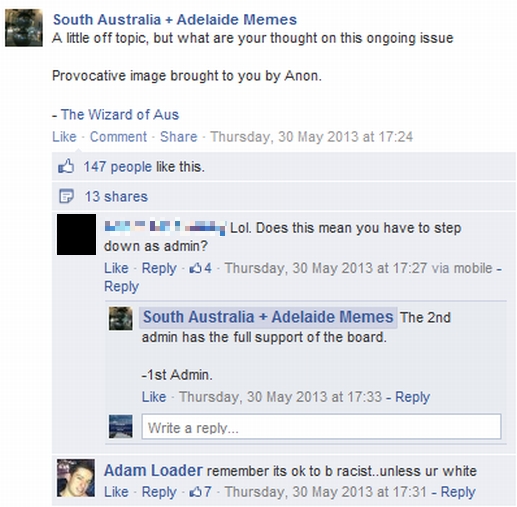 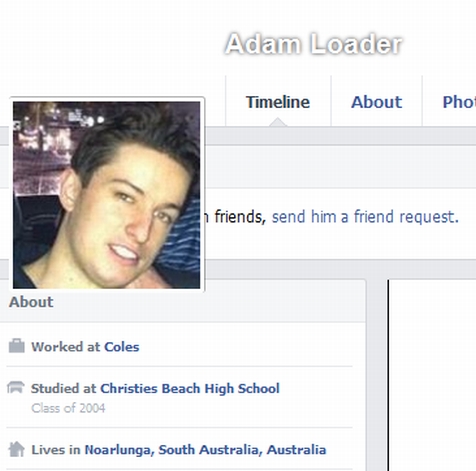 We think Chantel means “calling” not “being” – but with bogots one cannot be sure.

Goodes is no more hairy than most men. And calling an Indigenous man an “ape” is not just a reference to the amount of male body hair. It carries with it the baggage of three centuries of pseudo-science  coupled with white supremacy.

A beard makes you look like an ape? Someone tell Kyle Sandilands. Or Derryn Hinch. Or Santa Claus.

Now the Adelaide Memes Anthropology Team, probably coming to the realisation that they might actually be accused of being racist, scrambles aboard to justify their fake movie poster.

So Andrew wants someone (presumably Adam Goodes) to “suck it up” while Vikki wanders around looking for hairy men to insult.

Adam Johanson then tries but fails to give us all a lesson in prehistory.

And the word “ape” wasn’t descriptive. It was racist.

You can see more here

28 thoughts on “Adam Goodes cops another serve from Adelaide Memes”