Most Aussies were able to enjoy the recent London Olympics either in person or via an extensive television and Internet coverage. Over a hundred athletes went to London and competed in a wide range of events.

About 30 of them won medals; the rest turned in what were often personal bests. Now the Paralympics are showcasing the great performances of our athletes with disabilities.

Sadly, the bogots missed out on selection for London since they have little or nothing to offer an elite sporting team. Or a nation for that matter.

So we thought we might feature a sample of their memorable signature performances in their very own competition.

As we can readily see, TAB and Facebook favourite Scott Pengelly loves rapid cycling. So much so he features in not one but at least two track events along with some road racism racing. We look forward to seeing Scott pedalling away, packing down with the lads in the peloton,  attired in his tight Lycra while declaring his 90 degree straight masculinity.

Over to the water now where several seasoned performers and their cheer squad express their hopes for the day’s performances. Josh wants to express his fine notions of sportsmanship though Mitch has some fears that they might be dragged down.

However confirming some media speculation, Atlanta does not seem as focused as perhaps she should be on the coming event but seems more obsessed with the  Festive Season.

A very special welcome to “John Harris” . Having featured prominently in marathons around Queensland and with memories of the torturous kilometres north of Brisbane, “John” recently fronted a packed media conference to announce its intention to compete in shooting off its mouth events.

Witness “John’s” performance in its qualifying round against a female opponent. Note its clever attempts to size up her position before he takes aim. Watch its close attention to the target. An obsessive performer indeed.

However we have no idea which event it was that “John” was attempting to qualify for. And its constant reiteration of its nickname “Gimpy” did not help – an obvious reference to its chosen shooting outfit. 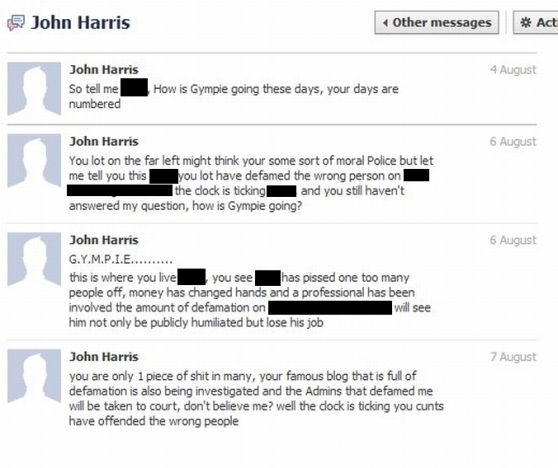 Grubby sheet afficiandos B & B have fronted up again this year to contest this event. Don’t be fooled folks by the bikini-clad women in the picture, they are just smoke and mirrors designed to distract B&B’s opponents. 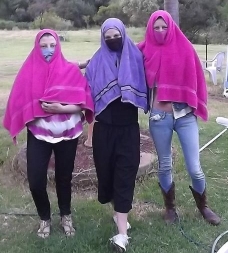 Bitch volleyball players in their stalking walking out uniform

Third team member Michelle is known to us from her previous efforts in intimate equine encounters. She has now left the horses alone to try her luck on the sand.

Michelle gets up close and personal with her latest mount

As you can no doubt tell from our featured competitors, banned substances are a big problem amongst the bogots. However, efforts are in hand to eliminate dopes in sport.

Now to wrap up

Dope Testing at the Limpdicks ™

And sports medicine expert Anne not only is conscious of the epidemiological implications of having a bunch of ripe, diseased and sweaty bogots in one place, she is also mindful of the prohibitive costs facing bogot teams.

A shame she has it all completely wrong, but that’s bogots for you…