Peter Hinds describes Australia’s skills shortage as a myth, while Darrin Hodges explains that any migration to Australia should be for non-blacks only, based on… um… 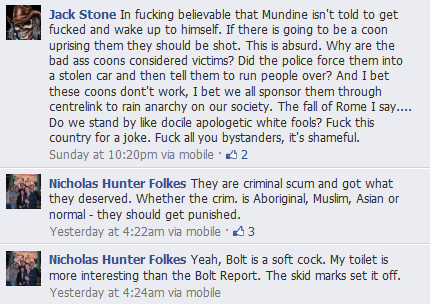 Jack Stone tries to comment on a specific event by intimating that Aboriginals in general are over-compensated, criminal scum, while Nicholas Folkes talks about his poo stains while simultaneously eluding to the fact that white people are the ‘normal’ people. 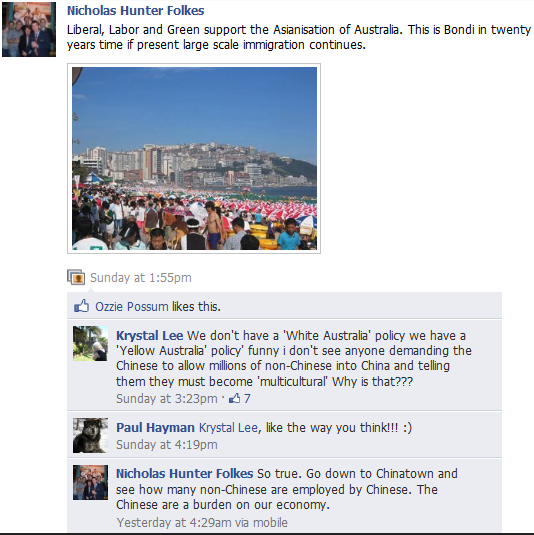 Nicholas Folkes focuses on a singular ethnic group while talking about over-population in a country that ‘struggles’ with 2.66 people per every square kilometre. Krystal Lee throws in an irrelevant comment about another country’s immigration needs while Paul Hayman strokes her ego.

No wonder this ‘political party’ can’t find a foothold in parliament. Their smartest are thicker than our society’s thickest.

15 thoughts on “More From the Protectionist Pathetics”