Once upon a time there was a mythical wide brown land called Straya. It suddenly appeared in 1788 even though according to scientists it was probably the world’s oldest continent and one of the first to be continuously inhabited by modern humans (feral unwashed leftie propaganda) and was then sprinkled with white people, something like a giant flat Pacific lamington.

There were people already living in Straya even though the English said that no one lived here so they didn’t really live here. So the English called the land “Terror Nullius” or something.  Probably because these people ran away in terror and hid from the strange white ghosts. A wise move.

In many ways they probably wish they were still hiding. 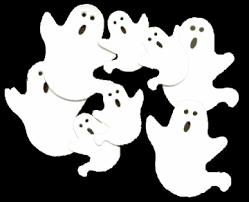 Life for the people who were here in the first place changed just like this.

We can see the Aborigines got better toilets from it. That’s what true Strayans would say anyhow.

The white people liked to think they had a unique kinship with the often challenging and cruel bush, the ancient mountains, the eerie silences and the baking hot deserts. Not to mention the flies, the mozzies and the cow and sheep dung. That is why they moved as quickly as possible to the coast where most of them live now. But they still had the bush poets like Banjo Paterson, who spent most of his adult life in the harsh wilderness of Gladesville, to tell them about their bush heritage. 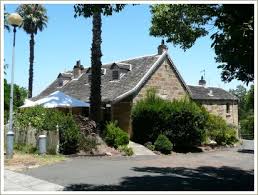 Life was tough in the Paterson bush hovel

Straya’s best time was in the war (any war) especially the Great War where they won at Gallipoli. This was followed by WWII which they also won.  Strayans don’t like to talk much about the Depression because no one won anything then and there were no Diggers.

Then there was the 1950s when absolutely everyone was white (except for the Indigenous people, the Chinese, the Afghan descendants, the Kanak descendants, the Pacific Islanders, the Cocos Malays etc etc) and had white fences around their houses. Women were called ladies and stayed home. They weren’t allowed in pubs much anyway.

A cup of tea, a Bex and a good lie down while waiting for the man of the house to come home

Strayan men on the other hand worked very hard

This was the time everyone at school saluted the British flag at morning Assembly and sang to the British Queen. And did lots of marching. That gave them lots of skills and knowledge about things.

Marching was good for the brain

And  people who were not even born then remember that time, know exactly what it was like and are always talking about it and wanting to return there.

Straya rode on the sheep’s back. It must have been uncomfortable.

Straya only had two Prime Ministers.

Bogots have an innate understanding of Australian political history

They are both here. Strayans loved them

Bogots like watching telly so here’s an educational video.

27 thoughts on “The Bogot History of Straya”