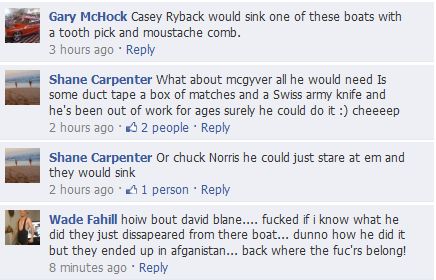 7 thoughts on “Yet More Amusement from the Bogots”