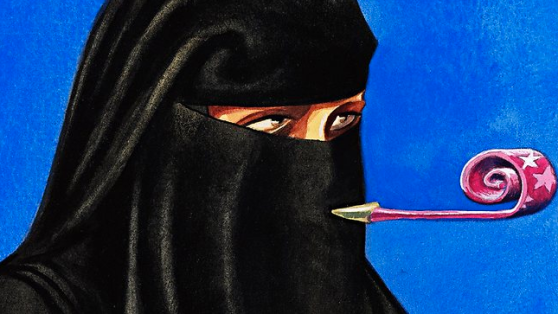 As a Muslim, I am relieved that Osama bin Laden has been brought down and his reign of terror brought to an end.

His death represents a defining moment in the battle against terrorism. A battle not fought by the West alone, but by the majority of Muslims whose faith was hijacked on September 11, 2001.

Despite my relief, I will not celebrate his death, as I do not believe anybody’s death should be cause for celebration. That does not stop me from feeling that justice has been served.

But it prompts the question – when and how will justice be served for the hundreds of thousands of innocent men, women and children, from all walks of life and faiths, who have been killed in the process of pursuing bin Laden?

Every time I think about the plight of the Afghan people, I am gripped by tremendous sadness. I am an Afghan myself, who came to Australia at the age of seven.

Although they are a resilient people who have managed to withstand centuries of repeated foreign intervention, the Afghan front in the war on terror has caused great damage to my country and her people. I am cautiously optimistic that one day in the not too distant future we can close this dark chapter in Afghanistan’s history.

Bin Laden represents many things to many people. To me he was the catalyst for a dramatic rise in Islamaphobia, a previously unknown term.

Further, he contradicted the true message of Islam and he violated the sacred Islamic teachings upholding the sanctity of all human life – not just Muslim life. He represented a distorted form of Islam and caused the deaths of countless Muslims and non-Muslims worldwide.

He created so much mistrust and fear of Islam that his actions, message and rhetoric have caused pain to not only those he considered his enemies, but those he, however delusional he may have been, considered to be his friends: The Muslims on whose behalf he claimed to speak.

There can be no question that September 11 had a profound impact on Muslims. On that day, it was not only the planes that were hijacked and crashed into the twin towers – Islam was hijacked and Muslims all around the world were taken as hostages.

The news of bin Laden’s death makes me remember how I felt when I heard about the planes crashing into the twin towers and the terrible aftermath of grief, mistrust and vilification that followed.

I happened to be at my sister’s house in Penrith that night. I was up late watching the news and saw Sandra Sully announce the first plane crashing into the World Trade Center. I felt sick in the stomach, knowing full well what was to come. I knew my life, and the lives of other law-abiding Muslims, would never be the same again.

Being a visible Muslim (I am referring to the fact I choose to wear the hijab) means that many people associate me with what happened on that September day.

As unfortunate as it is, some people cannot seem to differentiate between everyday Australian Muslims going about their lives, and the extremists who choose to commit horrific and unforgivable crimes in the name of my faith.

The crime of 9/11 was committed in the name of Islam and the perversion, dishonesty and distortions bin Laden used to justify the attacks makes my blood boil.

There is no denying that a minority of Muslims are sympathetic towards bin Laden. Not necessarily because they condone his inciting of violence against innocent men, women and children, but because, perhaps, they saw him as an advocate of their political and social grievances.

They saw him as an advocate of a just war, in the same way there are those who defend the death of civilians in the war on terror as part of the wider narrative of a just war. It seems human beings will never learn the senselessness of violence.

There are other Muslims, unsympathetic to bin Laden’s cause, but who are hesitant to accept America’s version of how the battle with bin Laden played out. Given America’s track record with fabricating intelligence to justify wars in the Middle East, the scepticism is understandable. Perhaps, if bin Laden had been captured alive and tried in court, the conspiracy theories would have been put to bed.

I am not naive to think that bin Laden’s death will significantly change his followers’ twisted thinking. Nor has the West scored the moral high ground. We are all losers when we allow violence and hatred to prevail.

If we are to learn anything out of this bloody mess, then let it be that we can and must work collectively to change the narrative that Islam and the West are at war and, in so doing, we will deny a battlefield to those who wish to be soldiers.

27 thoughts on “All Lose if Hatred Prevails”